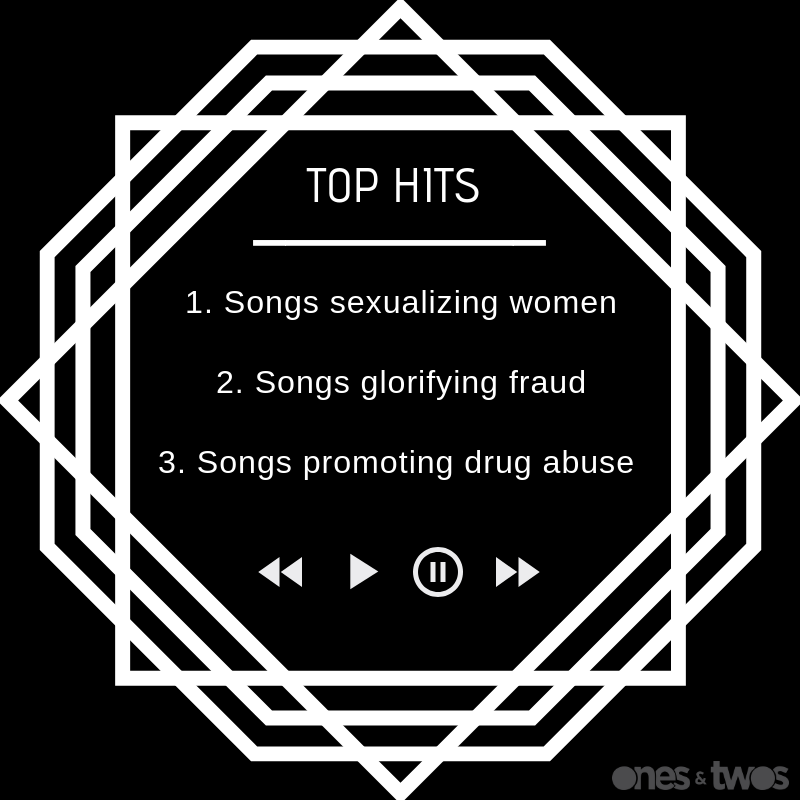 It’s no secret. They are played on the radio, at parties, social spaces and even at events for children. We put a ban and have laws against what songs at the top of the music charts promote, but there’s a fundamental issue that is separate from the drug abuse, hate and sexual crimes that laws try to control. The root issue is the demise of the moral aspect of the human soul. This has birthed musical content that is not only widespread but also celebrated as ‘cool’ or ‘normal’. We can continue to put Parental Advisory labels on the graphics for songs with explicit content, but it would be more effective for parents and adults to portray moral examples for the children in our community, and to themselves mind what sort of content that they take in and replicate. There would always be drugs, alcohol and people who disrespect men/women and races, but we choose whether or to promote such behaviour or not.