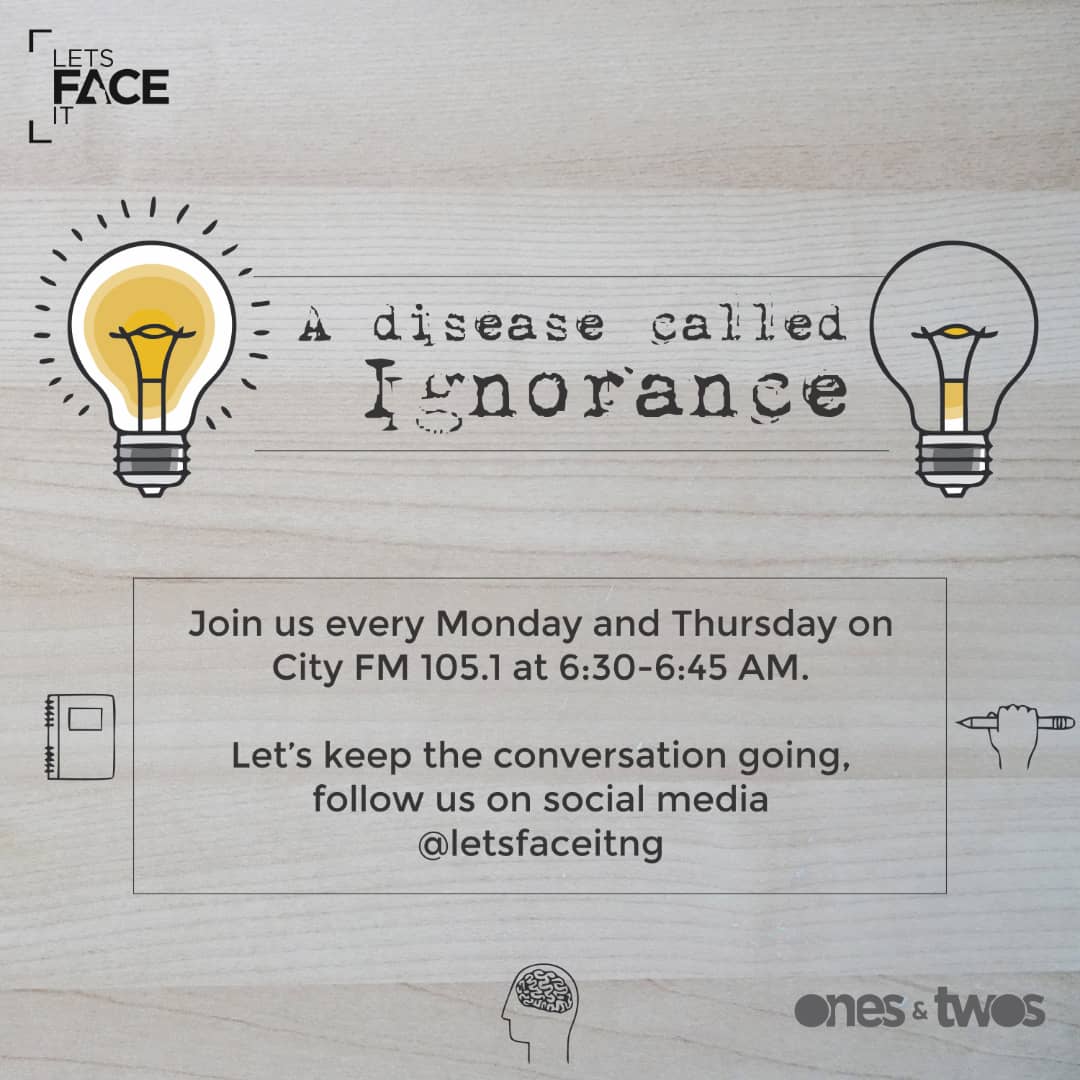 Posted at 21:18h in Uncategorized by lauretta hamza 0 Comments
0 Likes

The disease called IGNORANCE has killed so many physically, it has destroyed so much at personal and public levels of our existence. Ignorance is lack of information, knowledge more like cluelessness. It is something within our control but we choose not to control It because we have deliberately chosen not to embrace the path of seeking knowledge before we make moves that are significant to our lives.

There are various types of ignorant people, we have the sincere ignorant people those are people that don’t have the knowledge of not knowing, this is usually caused by illiteracy which is very dangerous because it may bring about destruction or loss of life.  There is also the people that know that they don’t know, this category has hope for redemption because they can finally seek knowledge are those areas. The last category of ignorant people are the worse set of people, they are people that know but have an illusion that they know and they tend to always want to argue with people that know, these set of people end up looking stupid in the eyes of those that know although there is still a redemption of actually seeking knowledge. There are various causes of ignorance, there is the Refusal to learn new things which later brings about stagnancy, there is a saying that if you want to hide information from a black man then put it in a book. there is also Lack of Curiosity, some people are just naturally not curious, they don’t ask questions thereby lack new knowledge. There is also the Lack of exposure, no form of enlightenment. There is Assumption not based on information but based on self. Lastly, there is the Lethargic cause. No matter the cause of ignorance or the category of ignorance you belong to there is always a solution which is to seek knowledge in every aspect that concerns you and brings growth to your life, ignorance is not just academics based, you should not be ignorant of your environment and the people around you.

Ignorance is not an excuse.